GIG and RIDG partner in ScotWind Leasing Round 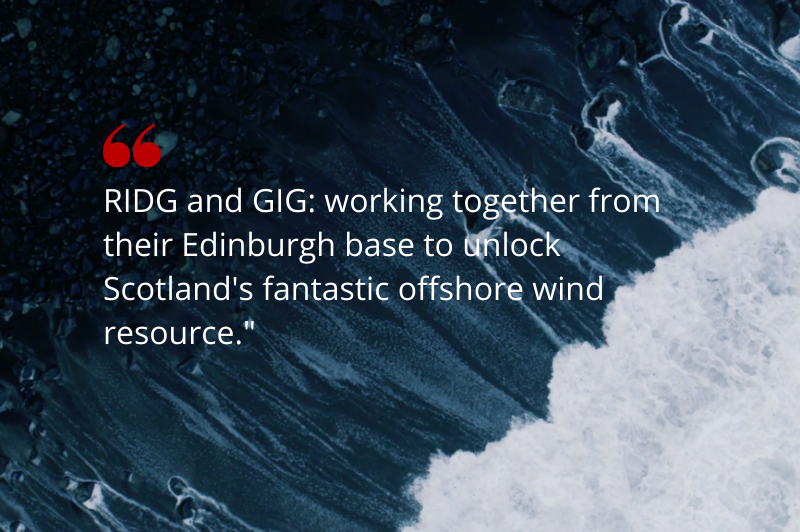 GIG is a leading global investor and developer of green infrastructure assets with a mission to accelerate the green transition. GIG has supported 16 offshore wind projects representing over 4.5 GW of operating capacity to date. Most recently, GIG acquired a 40 per cent stake in the 102 turbine East Anglia ONE (EA1) offshore wind project, which has committed around £70million to suppliers across the East of England, delivering jobs and investment to local communities.

Across the UK, GIG has supported over 110 green energy projects, including 19 projects in Scotland: producing renewable electricity and heat, improving energy efficiency, increasing recycling and avoiding waste being sent to landfill.  Elsewhere, GIG is developing up to 1.5 GW of floating offshore wind at Ulsan, South Korea, whilst in Taiwan, GIG is developing and constructing 2.4 GW of offshore wind across the Formosa 1, 2 and 3 projects.

Established three years ago, RIDG has entered the offshore wind market specifically to identify and develop large-scale projects that will create significant opportunities for the Scottish supply chain and the economy. The founding RIDG management team, who bring together over 40 years of offshore wind project, technical and industrial development experience, have designed RIDG to deliver a simpler, leaner and more flexible approach to project development. In January RIDG announced its intention to enter the ScotWind process and to work collaboratively with the Scottish supply chain through the deployment of its alignment model.

GIG is proud of its Scottish heritage and I’m delighted that RIDG and GIG are working from our home in Edinburgh to unlock Scotland’s fantastic offshore wind resource.”

“By partnering right at the genesis of development, we’re making our earliest commitment in UK offshore wind so far. Our flexible approach to investment is perfectly complemented by our partnership with RIDG, who bring with them a fantastic team to supplement our own development expertise.”

We’re delighted to be partnering with GIG on ScotWind. RIDG’s local development experience perfectly complements GIG’s global reach and ambition. This partnership is already proving to be a fast, flexible and responsive approach to development that will be vital if Scotland is to unlock its industrial potential.”

“Together, we are answering the Scottish Government’s call for new companies to enter the offshore wind market – bringing new ways of structuring and developing projects, which boosts competition, drives innovation and unlocks new sources of investment.” 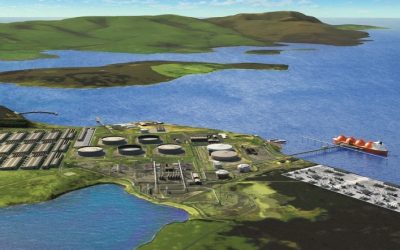 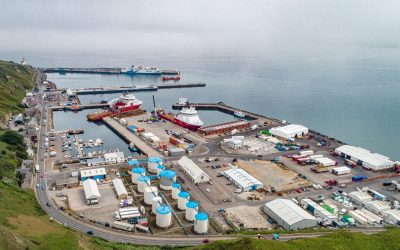