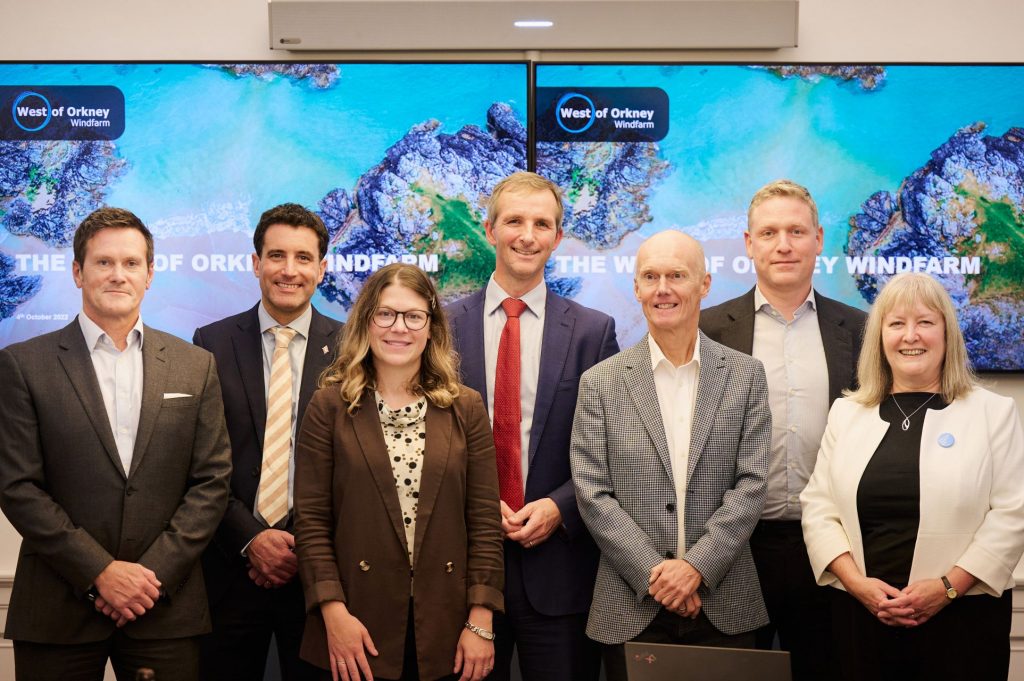 The West of Orkney Windfarm has opened a new office in Edinburgh to support the development of their offshore wind project.

Since securing an Option Agreement Area in the ScotWind leasing process in January the project has continued to build a team Scotland-wide with staff based in Stromness, Aberdeen and Edinburgh.

At the opening attendees were able to discuss the enormous benefits which successful ScotWind projects can bring to all corners of Scotland’s economy.

The new premises offer a central location for the West of Orkney team, and a useful place to meet partners and stakeholders in the offshore wind community.